skip to main | skip to sidebar

Susan Sontag, An Argument about Beauty 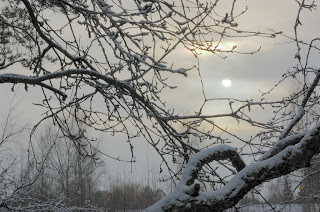 Taken in the Finnish autumn afternoon, about a week ago.

Found Susan Sontag's At The Same Time: Essays And Speeches on the new book shelf at the local library and remembered what a tonic "Notes on Camp" had been for my teenaged soul.

I mean, a girl intellectual, and a particularly shameless, even arrogant one. Imagine. I'd been feeling like a freak, sinking down in my seat when the grade curve was outlined on the blackboard, trying to disappear.

Not that that feeling evaporated after reading "Notes" in the Westport, Connecticut, public library — far from it, I spent years and years thinking that it was somehow weird to want to be both Orpheus and Eurydice. Could one possibly be both singer and beloved?

These were serious questions decades ago, believe it or not, and perhaps they're still serious questions for girls now. It's certainly depressing getting random toy and tot catalogues in the mail: there's the pink, flouncy, gauzy section, and then there are army fatigues for four year-olds.

It's tempting to feel like Rip Van Winkle: did the sixties and seventies and eighties and nineties even happen? It's 1957 and Eisenhower's on the golf course.

But Sontag (at least in that first blush) was one thrilling, transgressive blow against the idiocracy and I'm still grateful for it, and for her.

From my favorite piece in the new book:

When that notorious beauty-lover Oscar Wilde announced in The Decay of Lying, "Nobody of any real culture . . . ever talks nowadays about the beauty of a sunset. Sunsets are quite old-fashioned," sunsets reeled under the blow, then recovered. Les beaux arts, when summoned to a similar call to be up to date, did not. The subtraction of beauty as a standard for art hardly signals a decline of the authority of beauty. Rather, it testifies to a decline in the belief that there is something called art. 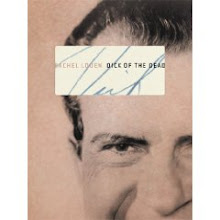